Skip to content
What is Privilege and What do we do About it?

In the light of George Floyd’s death earlier this year, there have been several tough conversations occurring in our discourse. These conversations revolve around topics like police brutality, racial injustice and accountability of those in power.

Amidst these conversations is one about “privilege”. For some people, they might not understand what privilege means and might feel attacked when people try to talk about privilege as it relates to them specifically — privilege, however, is a neutral reality, while what we do about it is not. That being said, let’s look at what privilege means in the context of social justice, how we can acknowledge our own, and use that to fight for those less privileged in our society.

The term privilege — used in the context of social issues — means the same thing it does in any other context; somebody has some unique advantage and will get treated differently due to that advantage. We see privilege in everyday life: people who have a driver’s license have the privilege to drive a car because they passed their driver’s examination. Waiters at a restaurant have the privilege to go into the kitchen because they are an employee. These examples are simple but the concept behind them needs to be understood before we move on.

Sometimes, someone receives a privilege not because of something that they do, but because of something that they are. For an older child, this might mean you get the privilege of handing the TV remote. If you’re interested in sports, boys are more privileged in that they have multiple sports to choose from compared to girls. It is these types of privileges, the ones that come from our own identity, that need we need to address within ourselves. While we might not be able to control factors like our own gender, race, or faith, we are able to (and should) recognize the advantages that come from those factors.

So what does privilege mean in today’s context? There are several types of privileges that are presented in today’s world. It could be the existence of “male privilege”, which shows us that men make more than women in the workplace, or that women in positions of leadership are rated less favorably than their male counterparts. There are several examples of “white privilege” as well, like predominantly white school districts getting more funding than other school districts, or how African Americans are more likely to be victims of police brutality than white people. Privilege manifests itself in many different ways and in several different facts of life.

For some, hearing someone use the term privilege might cause them to think people are trying to discredit their accomplishments and get defensive. While the need to defend one’s pride might be a natural reaction for some, oftentimes, this reaction is unwarranted. Privilege does not mean that you didn’t work hard in your life to achieve your goals; privilege just means that your demographic factors did not make those goals harder to achieve.

It is not inherently wrong to have privilege. People cannot control what demographics they are, so we shouldn’t shame people, nor should we feel shame ourselves, for having privilege. Where the issue lies is that, for our brothers and sisters who are less privileged from you, they face unequal treatments and institutional disadvantages due to the same demographic factors that we do not suffer from.

The Kingdom of Heaven does not have biases towards race or gender, so we need to fight those biases if we are to recreate that kingdom here on Earth. God views us all as equal, so we should be doing our part in making sure that there are equal treatment and benefits for all. For those who benefit from certain privileges, that responsibility lies on us. It is our duty to fight and use our positions of power to advocate and fight for those who can’t themselves.

The fight for justice can take on several different forms. For some, it might mean participating in protests or using their platform to promote movements that benefit those who do not have the same privileges. For others, it might mean that we peacefully talk to our family members or friends when they exhibit discriminatory behaviors. Above all, those who have privileges need to recognize that they have them before they work for others to have the same benefits.

Photo by AJ Colores on Unsplash 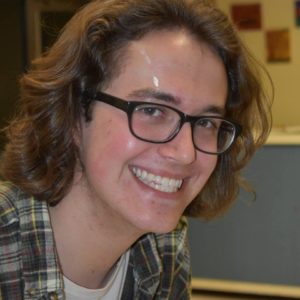 Of all the blessings that God has given me, the ones that particularly stand out are family, french fries and football. I'm currently a Communications student at the University of Houston but I'm hoping to get into Hogwarts for graduate school. You can find my music recommendations and dad-jokes at twitter @dillduke
All Posts
PrevPreviousDiscipleship: Consistency is Key
NextFinding Faith in the SummerNext