Skip to content
#Brangelina is Over… And That’s Nothing to Celebrate.

Surely, unless you’ve been living under a rock, you heard the earth-shattering news (literally, there was an earthquake in LA shortly after the public announcement) that after a decade-long relationship, two years of marriage, and six kids (three adopted, three biological) together, Brad Pitt and Angelina Jolie are getting divorced.

Does this majorly affect your life? Probably not. Was it all over your Twitter feed? Of course it was.

We love our celebrity gossip, don’t we? I’ll admit, I can get caught up in it too, and I’m not entirely sure why… perhaps it’s because we idolize Hollywood, and when our heroes fall, we feel like we’ve fallen, too. Perhaps it’s because their experiences sometimes align with ours, and their unions and breakups remind us of the ways our relationships (or those of our loved ones) can change. Or perhaps it’s just because we’re nosy.

It’s probably the last one, tbh.

And while I’m emotionally stable enough to know that a celebrity divorce doesn’t mean all love is doomed, the part of the saga I can’t seem to let go – besides the fact that it is so, so sad for those six kids that their family is falling apart – is how many times I saw #Brangelina appear alongside Jennifer Aniston’s face.

Brad Pitt was married to Jennifer Aniston when he and Angelina allegedly began their relationship. Rumor has it that Brangelina started falling in love on the set of Mr. and Mrs. Smith in 2004, and Pitt and Aniston divorced in 2005. Now, Jolie has publicly said she did not and could not ever get involved with a married man, having witnessed infidelity in her own parents’ relationship – but whether or not Brad was technically unfaithful to Jennifer (and let’s not kid ourselves: emotional infidelity is a real thing), the timeline is certainly suspicious – and the court of public opinion has unanimously pronounced Brangelina guilty.

And now, over a decade later, as Brad and Angela’s marriage is ending, all anyone on the internet seems to care about is what a great day it must be for Jennifer.

How petty and small can we be?

First of all, Aniston herself is not on social media, and has not commented on the divorce. It’s a little (actually, a LOT) presumptuous to put those words in her mouth. And why should she have anything to say? The Jolie-Pitt divorce is none of her business (just like it really isn’t any of our business). She and Pitt were married for five years – and they’ve been apart for more than twice as long. She was remarried to Justin Theroux in 2015 and by all accounts is happily living her life in peace.

But everyone with access to a gif keyboard seems to think that she’s smug as all get-out, glorying in the end of Brangelina like it’s some sort of personal victory:

Somewhere today I hope Jennifer Aniston is having a good laugh. pic.twitter.com/TNI90aGzDB

Brad & angelina are getting a divorce and jennifer aniston is like pic.twitter.com/pfNbLtGgXc

Apparently, even print media got in on it –

There are a lot of things wrong with this picture. First, it assumes that Jennifer’s petty and that she would celebrate the breakup of a couple and the destruction of a family. I don’t know Jennifer Aniston personally (maybe one day? *fingers crossed*), but I like to assume the best of the woman and guess that she doesn’t find joy in other people’s pain.

And what does that say about us, that the collective reaction of the general public was to rejoice on her behalf because we’ve always been “#teamJennifer”?

If you’ve been hurt by the pain of divorce, or ever seen a family fall apart, you know that’s nothing to celebrate. It was never supposed to be like that – once a family has been created, they were made to stay together, forever (Mark 10:1-12).

If you’re currently grieving a broken family, or have been hurt by someone cheating on you, I would encourage you to find a trusted adult you can talk to, to process your legitimately serious feelings. Whether that’s a parent, another relative, a coach, a youth minister, a teacher, a counselor – it doesn’t matter who you talk to, just find someone with wisdom who cares about you and can help you work through those feelings.

If you don’t, there’s a very real chance that those feelings can impact our relationships later in life. I’ve seen people be cheated on by significant others and have a hard time trusting in new relationships. I’ve known families who lived through divorces so painful, the kids never speak to one of their parents again. I’ve seen hearts so hardened to love and marriage that they decide they never want to take the risk, and spend their life jumping from relationship to relationship without ever investing or truly committing.

I’ve also known young men and women who have seen their parents have affairs, and swear up and down that there’s no way they will ever do that to their future kids. I’ve seen people who have been hurt in the past choose to forgive, and process their emotions in healthy ways, and go on to have awesome marriages. I’ve seen people choose to be better, not bitter – and that’s what God wants for us all.

Forgiveness is the key. If you’ve been hurt by love, choose to forgive. It won’t be easy, it won’t happen overnight, and it won’t be fun, at first – but by choosing to forgive, and seeking real healing, your heart can stay open to the love that God has planned for you. And if an ex happens to find love again, and lose it, you’ll know that’s no cause for celebration. It won’t be cause for anything, because you’ll be totally free from the pain you once felt.

It’s a much better option than letting the people of the Internet turn you into a thousand memes, right?

(Oh, and one more thing – can we all agree to keep the Jolie-Pitts in our prayers? It’s hard enough being a kid, let alone a kid going through divorce… imagine being the kid of famous people going through a highly-publicized split. There are six more kids in this world going through that right now and I’m sure they’d appreciate it, even if they never know.) 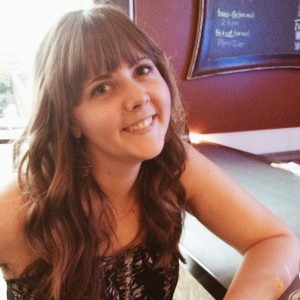 I work for a retreat ministry called the REAP Team, where it's my full-time job to talk about sex, love, dating, and chastity (which can sometimes lead to some awesomely awkward moments). I love being Catholic, my bearded husband, watching movies, and browsing antique malls. The only thing I have against winter is the fact that there's no baseball. Follow me on Twitter and Instagram @raleininger
All Posts
PrevPreviousWhy My Catholic Heart Loved “Stranger Things”
NextKeeping Your Faith on the FieldNext